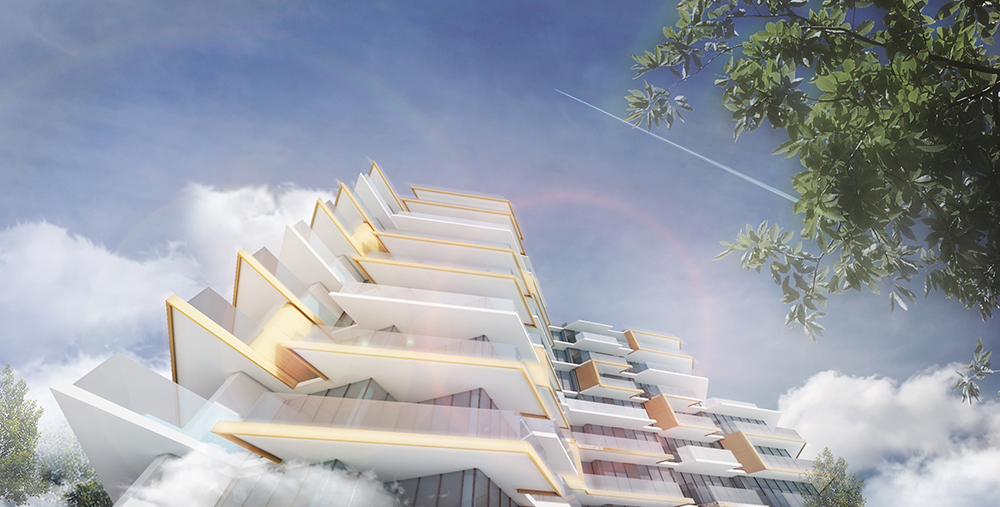 Located on the crest of a dramatic hilltop in central White Rock with the Straight of Georgia ever-present, this development site demands a response that respects both the urban context and sheer power of the natural setting. Shaped by the forces of wind and water, the design proposal attempts to express an aesthetic path between this urban and nature dialectic.

WIND-SHAPED FORM Expressed in soft lines and curvilinear shapes, the form undulates to respond to seasonal wind distribution. The bent slab block form features a prow-like stern that faces into the frequent northeastern wind. The acute windward angle intends to aid in the reduction of wind downwash and wind acceleration in cold winter months. A protected cove in the building’s inner-boomerang provides a residential courtyard garden sheltered from prevailing sea winds.

WIND-SHAPED FAÇADE The detailed articulation of the individual units recall a shingled expression reminiscent of fish scales. Deliberately placed, the protruding frame-like fins mitigate wind acceleration and downwash effects. Working in tandem, the staggered expression offers enhanced view orientation and dematerializing play of light and shadow on the facades; The expression is powerful and predominantly horizontal not unlike a sedimentary boulder shaped by the forces of wind and water.

White Rock Town Centre as an ocean-side urban centre. Large, sweeping cantilevered decks with soft curving transitions give the form a strong horizontal expression and a sense of lightness. Decks are detailed with vertical screens that enhance privacy as well as the passive solar characteristics of the façade. The decks also speak to an indoor/outdoor west coast lifestyle that is oriented toward the temperate marine climate. The powerful connection of indoor to outdoor spaces is also expressed in the urban design condition with the inclusion of generous public spaces, notably a interior courtyard, and proposed public parklet at the corner of Thrift Avenue and George Street. 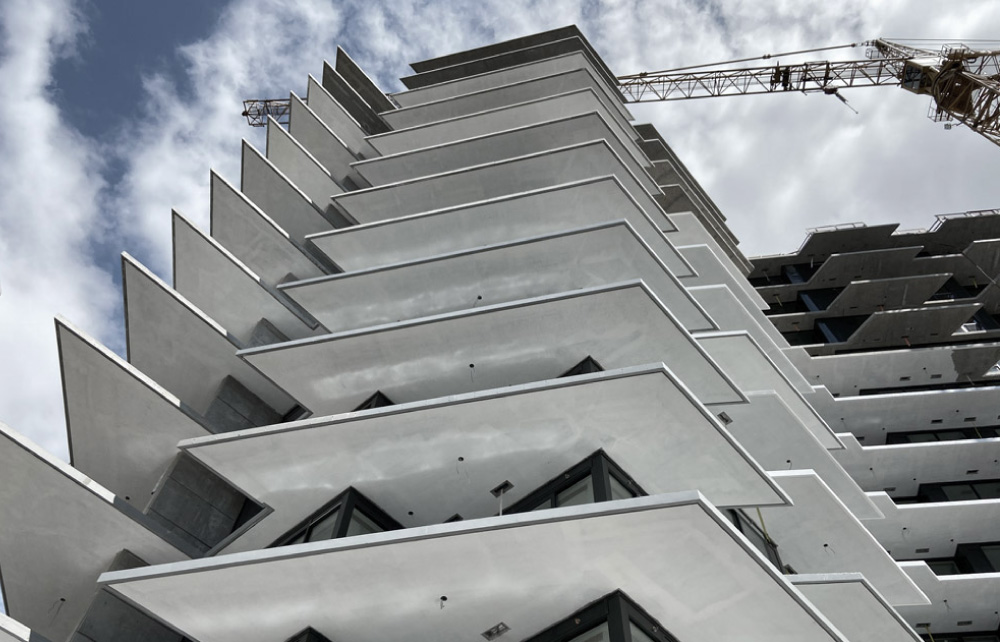 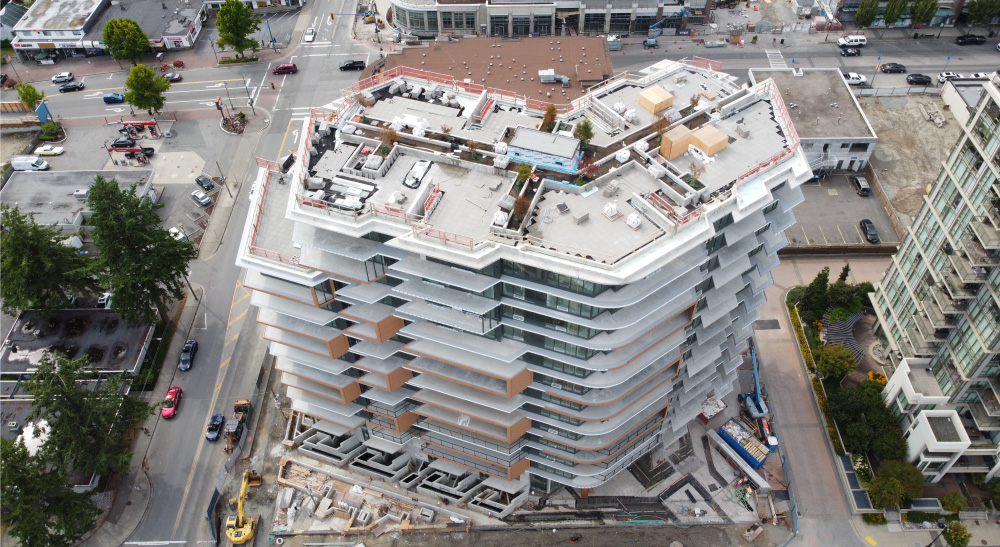 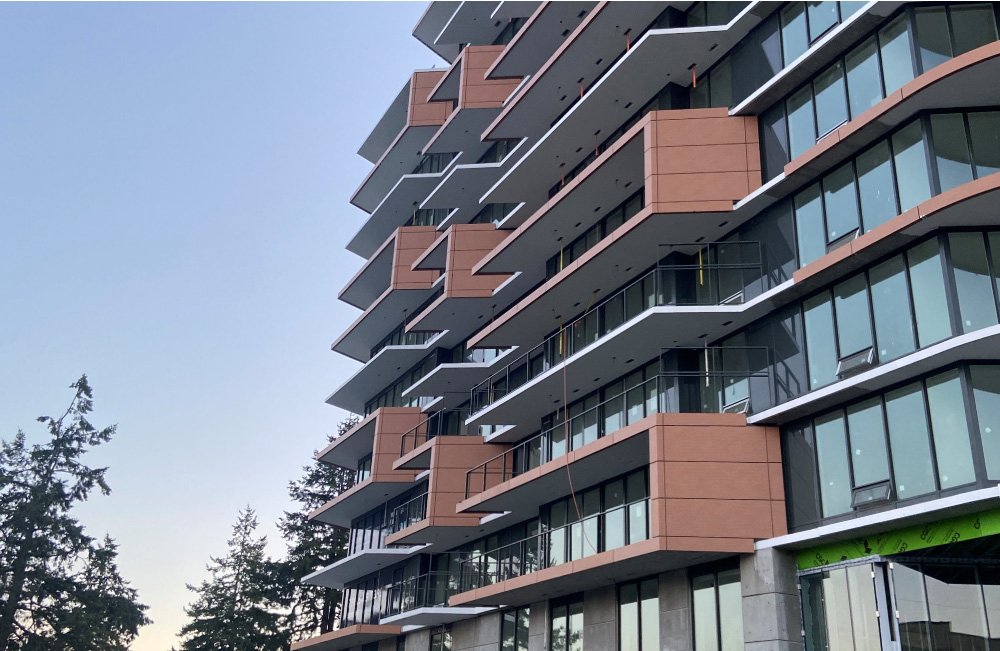 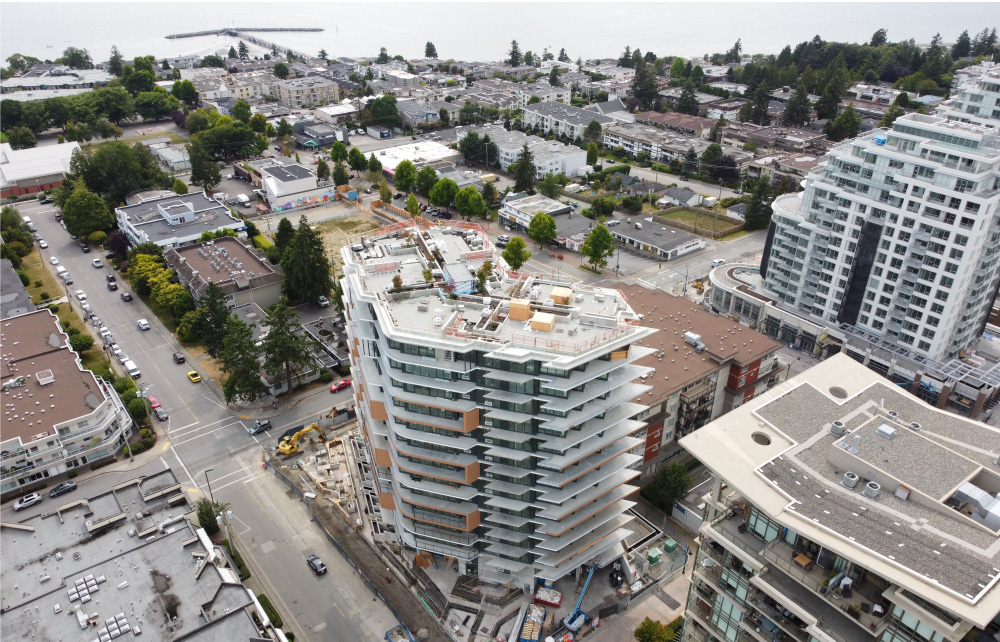 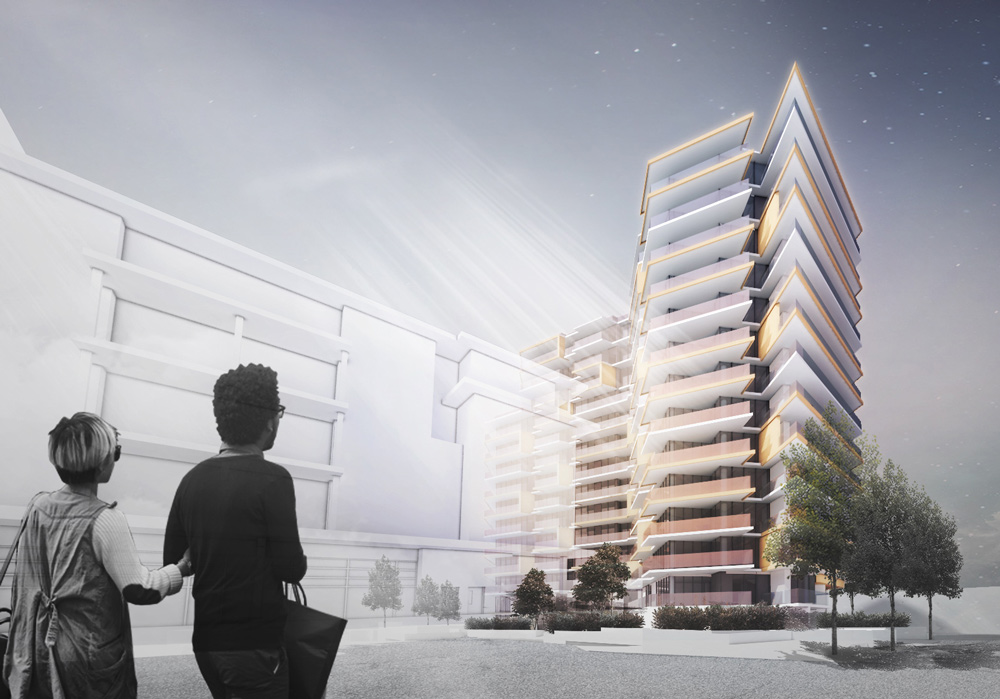